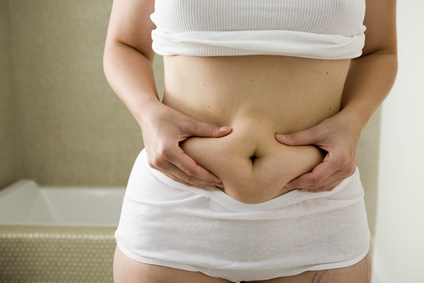 There are some people who'd rather nose-dive into a bowl of chips than make their way through a box of donut holes. There are also some people who have a hell of a time losing weight; just dropping a few pounds takes a herculean effort. But maybe it's not for a lack of effort and motivation.
It could be due to a defect in the MC4R gene that supercharges your preference for fatty foods, decreases your desire for sugary treats, and ups yours odds of obesity, according to research from the University of Cambridge.

In the first phase of the study, published in the journal Nature Communications, researchers supplied participants with an all-you-can-eat buffet of chicken korma, a curry-rich dish. There were three options, all manipulated to look and taste the same, but with varying amounts of fat. The low-fat option had 20 percent calories from fat; the medium-fat dish had 40 percent calories from fat; and the high-fat meal had 60 percent calories from fat. Lean, obese, and people who were obese because they had the faulty MC4R gene all ate tasters of each meal. They were allowed to eat however much they wanted from all three samplings.
As the researchers intended, the participants couldn't tell the difference between the meals, and were unaware of their varying fat content. And, while there was no overall difference in how much food each group ate, men and women with defective MC4R genes ate almost double the amount of high-fat korma than the rest of the group. Specifically, they ate 95 percent more than lean participants and 65 percent more than obese participants.

In a second phase of the study, people were given Eton mess, a traditional English dessert made of strawberries, whipped cream, and pieces of meringue. Like before, there were three options participants could choose from. The fat content was held constant for all dishes. But the low-sugar option had 8 percent calories from sugar (low); the medium-sugar option had 26 percent calories from sugar; and the high-sugar option had 54 percent calories from sugar. They ate as much as they wanted.
Both the lean and obese participants said they preferred the high-sugar Eton mess more than the other two options. Interestingly enough, those with defective MC4R liked the high-sugar dessert the least. What's more, they ate significantly less of all three desserts compared to the other two groups.
It's not an uncommon phenomenon: One in 100 obese people have a defect in the MC4R gene, the researchers explain in a press release. And because this pathway isn't working properly, it can trigger a preference for high-fat food, without you even realizing it, causing weight gain or contributing to your weight problem, they explain. Of course, there's a whole slew of other genes that increase your risk of overeating and gaining weight.
Biology and evolution influence your food choices, even more so than how appealing it looks and smells. Humans and animals are hard-wired to prefer high-fat food in order to cope with times of famine, lead study author Sadaf Farooqi said in a press release.

"When there is not much food around, we need energy that can be stored and accessed when needed: fat delivers twice as many calories per gram as carbohydrates or protein and can be readily stored in our bodies," she explains. "As such, having a pathway that tells you to eat more fat at the expense of sugar, which we can only store to a limited extent in the body, would be a very useful way of defending against starvation."
Not so helpful in modern times. So, make a conscious effort to keep foods high in saturated fat out of your home. Stock up on healthy fatty foods instead, like these 7. Harvard research has also shown making the switch from bad fat to unsaturated good fat can reduce your risk of death by 27 percent. Lose some weight and live longer? That's some good motivation to avoid caving to cravings.