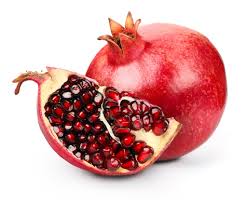 Cortisol to cortisone ratio in the urine also dropped after a week of consuming pomegranate juice. Produced from cholesterol in the adrenal glands, cortisol is an active steroid hormone that affects fat and glucose metabolism and can increase blood pressure by changing water and salt balance in the colon and kidneys. Cortisone is In contrast an inactive metabolite of cortisol that doesn’t exert any known physiological actions. Active cortisol and inert cortisone inter-conversion is mediated in organs such as the kidneys and liver by enzymes known as 11β hydroxysteroid dehydrogenases. The reduction in the ratio of urinary cortisol to cortisone indicates that cortisol-cortisone metabolism could have been modified by pomegranate juice compounds interacting with the dehydrogenase enzymes.

A complicated interaction between the nervous system, hormones, and the blood and blood vessels’ physical properties controls blood pressure. The study reveals that pomegranate juice could have the potential for reducing blood pressure levels both at rest and after exercise. While the effects were slight, they did give an insight into how pomegranate juice and cortisol can alter this system to provide health benefits.